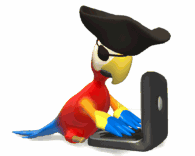 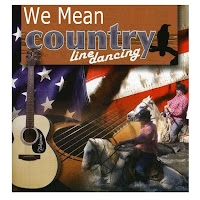 Friday  September 7th is fast approaching and we'll be back in action at the Chicopee AMVETS with weekly Line and Couples lessons followed by live music.

The Band schedule this season ROCKS! Check it out HERE.  So... polish up your boots, enjoy labor day and get yourself ready for a good time with the One Eyed Parrots at the Chicopee AMVETS!!

In the meantime check out the slideshow of our Summer Fun Road Trip to Hampton Beach! We all had a great time on Parrot Island!! 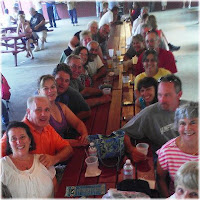 WOW!!! What a busy  Summer it's Been! After closing out the season out at the Chicopee AMVETS with a Tropical Dancing Sweatfest on June  22nd    ;-)


We've been busy just about all SUMMER!

We kicked off the Summer at the Summit View in Holyoke on July 6 with 20-something OEP's at the outdoor concert series featuring the Truck Stop Troubadours ( Who by the way we'll be seeing regularly at the AMVETS come fall).  Good food,  Good friends, Good Music, GOOD TIMES!

Next Up were Back2Back OEP Pot Luck Parties graciously hosted by Wayne, Laurie and Jennifer. The food was outstanding, the company was terrific, the pools refreshing on a hot summer day and we got to distribute most of the OEP Shirts everyone was waiting for.

Then... on July 21st, Doreen and I were invited to teach at a Private Party at the  Ranch Golf Club in Southwick. Had a wonderful time met some great folks who we suspect we'll see in September and got to meet an extremely nice woman named Trista who BTW throws OUTSTANDING Parties. She's a wedding planner and very good at what she does, check out her website.

The following week, July 28th,  17 OEP's Brought it To The King at the Medieval Manor! We started off the day at 6:30AM with a 6 car convoy to Boston's Backbay where we grabbed some breakfast fare and began our 6 Mile Walking Tour. The Tour wound through Boston along a good part of the freedom trail back up to Cheers for Lunch! We then headed down by the Charles River Esplanade and back to the cars for our trip to the manor, a little parking lot dancing and fine show by the King and his minions. What a fun Day. Other than losing Marybeth for a while it all went according to clockwork, Even the rain held off till we were inside the Theater!

Last Weekend was a TwoFer with a Potluck  BBQ, Hayrides, dance lessons and Pig Roast hosted by Claudia, Chris and Charlie at the Twin Orchard Farm in Southampton on Saturday followed by the Harmony House - Line dance Demo & Benefit at the Moose in Chicopee on Sunday. Got to meet alot of new friends that I suspect we'll be seeing this fall as well.

UPCOMING EVENTS
Coming up on this  Friday,  August 17th a Bunch of the OEP's we will be taking in another FREE Summer series concert at the Summit View (Or as Diane calls it; "My Neck of the Woods") with with Bear Mountain. Concert undercover Rain or Shine!

On Thursday and Friday August 23 & 24 we will be at our HOT SUMMER FUN Road trip to Hampton Beach! We'll be hitting the beach for fun in the sun early Thursday morning followed by a fun Happy Hour Sing Along at the Sea Ketch and then a nice Italian dinner at Mama Leone's. When we can't eat anymore, we'll head across the street and Join the country dance folks at the New Seashell for some outdoor dancing to the country band, the Goat Ropers! We'll end up Friday with another day on the beach!

Friday, September 7......... WE'RE BACKKKK! Season Kick Off at the Chicopee AMVETS with Line and Partner dance lessons and the one and only RADIO RANCH!!

Other dates to Plan for

It's always a Good Time with The One Eyed Parrot Dance Club!!    See ya soon!!

Posted by One Eyed Parrot at 12:48 PM No comments: